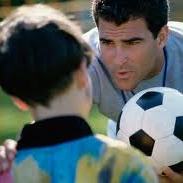 Everyone is an expert. We all know Dads that have coached their sons’ football team, and are now an expert on every match they watch, questioning tactics, formation, and player selection.

Almost every football supporter that I have met through my life as a footballing parent, can spot the coaches mistakes from the side line, and are all too ready to offer advice and their critique.

As the parent of a goalkeeper and I’m sure for those reading this we all know this is a recognised, specialist position, requiring massive technical knowledge, braveness, agility etc.
However to those who have not trained, watched or listened to goalkeeper training, the common train of thought is that all you have to do is stand between the sticks and catch the ball.

What it boils down to in my opinion is ignorance and lack of understanding about the position.

While I can kind of understand comments being made about outfielders (most people have at least tried to play football), it makes my blood boil when I hear ignorant comments being passed by fellow spectators, but what really makes me mad is to hear conflicting and incorrect advice being shouted to the keeper by the coach.

I have never played in goal but I have watched games and training for 8/9 yrs and have picked up a bit of knowledge. Enough I feel to have a fairly accurate view of a Goalkeepers performance. It is disheartening to watch one thing in training, i.e. starting position, catch or parry, to only have the coach trying to tell the keeper something different during match time.

My experience is that the majority, if not all team coaches are outfield players, and there we have the problem – if not another opening for a debate, would Goalkeepers make good team coaches?

At the level I watch, the Goalkeepers have a brilliant young coach, who is currently playing 1st team football so is therefore very current and up to date. He teaches drills, handling, response, reaction, foot work, set pieces etc etc. Why therefore does the team coach try to coach the Goalkeeper? Is he trying to strong arm his own preferred style of play, did he not see the correct angle of the ball, or is he just trying to get a reaction?

I have known occasions when the Goalkeeping coach is standing watching and advising during the game and still the team coach will feel the need to try and give his opinion. Is it a control issue or is it to get the Keeper to play in the coaches’ style of preference.

Football is a very personal thing, and one coaches liking of a style won’t be the same as another’s. But the coach has to give the keeper enough room and space to develop and practise what they have been taught in training without giving conflicting advice. They have to develop their own style and learn from their mistakes, not have the confidence knocked out.

Goalkeepers are taught to keep the ball out of the net by a variety of different options depending on a variety of different scenarios. Apart from the basics, nothing is written in stone, and at the end of the day as long as the ball is kept out, cleared far enough to not be an immediate danger then job done, shot saved.
I have seen our team Goalkeeper make a great save and tip the ball over the bar. Great I think – he’s saved the shot! Then comes the shout from the coach ‘you should have caught that’.

My issue with comments from the outfield coaches standing on the side line are many. For a start, their angle is distorted. You can only get a true perception of how the ball is dipping and diving if you are behind goal. Having been taught in training if you are not 100% sure you can catch the ball if it is dipping and bending, push it over or away. Who do you please?

Sure, I hear you say, just approach the coach, explain you have been taught a certain way, but in a match scenario do you want to get distracted by comments, worried the coach thinks you’re doing things wrong??

Of course all the coaches and staff are approachable, and we have mentioned to the Goalkeeping coach the conflicting advice being received. He imparted these words of wisdom ‘Listen to me I am your Goalkeeping coach ignore your team coach when he’s talking about your position’. That’s all well and good but how do you say to your coach, sorry but I’ve been told to ignore you!!!!!