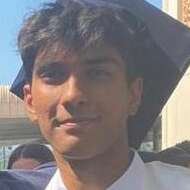 This user has not added any information to their profile yet.

To play in the Premier League for either Brentford, Manchester United or Crystal Palace =)

Penalty shootouts; I have a near-perfect record in shootouts. Closing down attackers during breakaway situations. Diving for mid-range shots.

A League game against a rival - DESC. Deep in the second half, both teams having a high frequency of turnovers in possession, the tide of the game was unpredictable. They won a penalty after a handball in the box. Dived to my left and got the ball by my fingertips, resulting in a corner. The game ended in a goalless draw and a well-fought, valuable point, not to mention a clean sheet.

The captain of the team - Ahmed Wasila - absolute unit on and off the field. Excellent game awareness and leadership quality, tied the fabric of the team together so well. Very encouraging and very, very fun to play with and against.

Back to top button
Close